All future Tesla owners purchase their vehicles online. Not everyone, though, pays for it in full before ever seeing the car. Here’s why I decided on buying a brand new Tesla this way…and why I may regret it.

Now I can already hear keyboards banging away typing the obvious, so let’s get this out-of-the-way. All new Tesla’s are ordered sight unseen. Orders are placed online and when the vehicle is ready, sent to your nearest showroom for delivery.

This is the same for 99% of the new Tesla owners out there. What isn’t the same is the fact that I paid for mine without seeing it in person first.

The normal process is for new owners to head to the delivery centre (or your front door if touchless delivery is an option in your area) to finalize the paperwork, payment, and overall acceptance of the vehicle. This is where you have a chance to go over the vehicle and decide whether to accept delivery or not.

I didn’t do any of this.

Why? Because I was buying a brand new Tesla and having it shipped to Quebec City, some 5,000 KM away from my home in Vancouver. My international travel for my travel site thislifeintrips.com is on hold for the foreseeable future. With that, I decided to focus on domestic travel and build up this site. Driving one-way across Canada is a great way to kickstart to do just that.

Despite paying a delivery fee of $1,280.00 regardless of where the car is shipped in the country, Tesla wasn’t exactly easy to work with to make this happen. I will break down what I had to do to pull this off in another post. For now, I will just say that the final stipulation they had was that I need to pay for the car upfront as a good-faith gesture. This brings some risk, and possibly some regrets.

No Stranger to This

Handing over a large amount of cash online is unnerving, to say the least. That said, it’s not the first time that I’ve done something like this. As noted in my post about the bittersweet sale of my ICE vehicle, I originally purchased it with two clicks via eBay.

At the time, the Canadian dollar was on par with the US and the vehicle price difference between our countries was anything but. I paid close to half of what I would have for the same make and model in Canada. That said, I also did this for the trip I got out of it. I picked it up in LA and, along with some friends, had an epic road trip South along the coast before turning around and heading north. We drove through the Mojave Desert, spent three too many days in Las Vegas, explored Zion, Yellowstone, and Grand Teton National Parks, and cruised through the Canadian Rockies. It was such a great trip. So much so that when it came time to replace this vehicle I figured, why not do something similar?

There’s been no shortage of reports on Tesla’s poor quality control on the Model Y. From patchy paint jobs to problematic seats, there are some concerns with the quality of buying a brand new Tesla Model Y.

Despite multiple requests for the Tesla delivery centre to address any of these issues before I arrive for pick up, I did not get anywhere. As such, I am unfortunately for-going the 7-day return policy that is in place as I will technically own the vehicle for over a week by the time I arrive to pick it up. I’m not too concerned about this as any issues I identify should be under warranty. Still, not a great feeling when handing over so much money for any car, let alone one that has so many reported problems.

That said, I was told I do have time to report deficiencies, or I should say, milage. Tesla’s deficiency report is apparently 24 hours or 160 KM’s. There was confusion on this has a delivery team member made it sound like I was foregoing this as well as I would be technically owning the vehicle longer than 24 hours before I even see it for the first time. It was later clarified that I do have the 160 KM to report issues. With this in mind, my plan is to go over the vehicle thoroughly upon arrival before hitting the road for my very first EV road trip.

Thankfully there are some checklists in place to help with this. I am going to use a combo of what’s out there and Inspect T, a Model Y delivery inspection App, to compile my own list. I will share a downloadable PDF version once done to help your delivery go as smooth as possible!

Since I have now paid for the vehicle, I technically need to insure it. I was scrambling to see how this would work as ICBC, the “dumpster fire” of our Provincial insurance provider in British Columbia, requires a drivers permit to issue binder insurance. This was not going to be cheap so thankfully the Tesla delivery centre came back saying that they would make an exception and keep the vehicle under their care until I arrived. No need for additional insurance. 😅

There was still the need for a permit to drive the vehicle home and to obtain the binder insurance. Quebec offers 10-day permits however since I am driving east for a press trip around the Gaspe Peninusla, 10-days won’t cut it.

The Tesla delivery team member I spoke with said they would provide 3×10 day permits and this would not be a problem. Still, it took a month and several email follow-ups to get this confirmed in writing.

One Week To Go

I was trying to stretch this payment out as long as possible to avoid interest charges but was also worried that Tesla would ghost me or renege on this agreement. Again, they have not been the easiest to deal with. This doesn’t give me confidence that this will go smoothly, to say the least. Considering I am taking a red-eye to Quebec City and rushing to the delivery centre before they close, I was hoping to have everything ironed out in advance.

Time will tell and I’ll be sure to follow up on how the delivery day/hour goes. Till then, what do you think? Am I crazy for buying a brand new Tesla this way? Would you go through the hoops for a one-way trip as well? Let me know in the comments below! 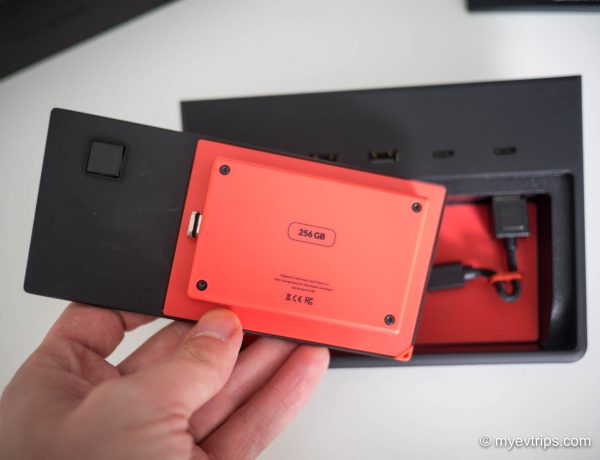 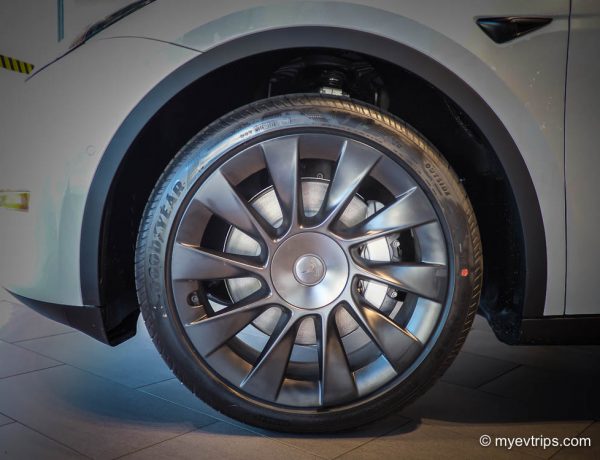